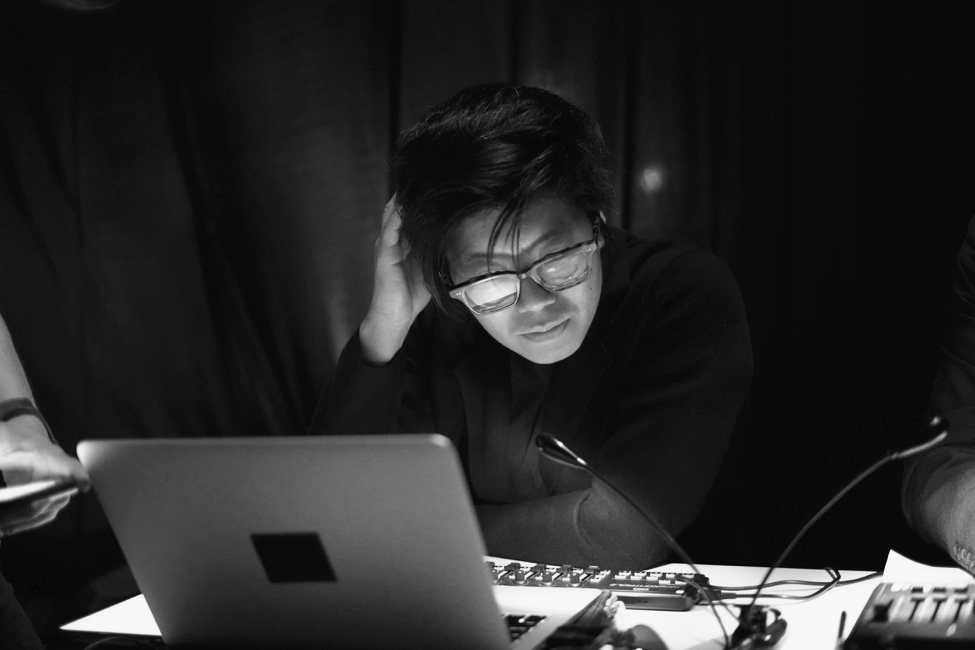 ADRIA OTTE
Co-Composer & musician
Adria Otte creates music inspired from a diverse musical background that includes classical violin studies, rock bands, traditional Korean drumming, free improvisation and experimental electronic music. As a multi-instrumentalist, she has performed, improvised and composed works on violin, electric guitar in rock bands, and digital and analog electronics. As a sound designer and composer she collaborates in dance/theater contexts, as well as with video and visual artists.
‍
Adria's involvement with Puri Arts began in 2010, a couple years after meeting Dohee through studying Korean drumming as a means of connecting with her cultural heritage. She has continued to collaborate with Dohee on multiple projects, contributing music and sound design using electronics, violin, guitar and percussion.

Donald Swearingen
SensorPlay Development
Donald Swearingen is an Oakland, California-based composer, performer, multimedia artist, and designer of interactive electronics and installations. Classically trained, but with an ear to the radio, he gravitated to popular music in his teens and early twenties, working for 10 years in the Memphis music industry, both as a traveling performer, and as a recording artist at such legendary studios as Stax and Hi Records. Eventually, his work with studio electronics and synthesizers reoriented his focus, and he turned to the academic world where he pursued interdisciplinary studies in piano, computer music, mathematics, electronics and physics. For the past 20 years, his work has centered on the use of movement and gesture as the source of media control in an expanded, computer-assisted performance environment, leading to the design of custom instruments and software for both himself and numerous other artists. He has performed and lectured widely in the United States and abroad, and his work has been presented at San Francisco Bay Area venues such as Yerba Buena Center for the Arts, the Lab, ODC, the Other Minds Festival, the California Academy of Sciences, and the ROOM Series. He is a founder and member of the advisory board of the San Francisco Electronic Music Festival, and was a featured festival performer in 2002 and 2012. donaldswearingen.com
‍
Donald has worked continuously with Dohee Lee since 2014, including the productions of Mago, Ara and the upcoming (2020) Mu. 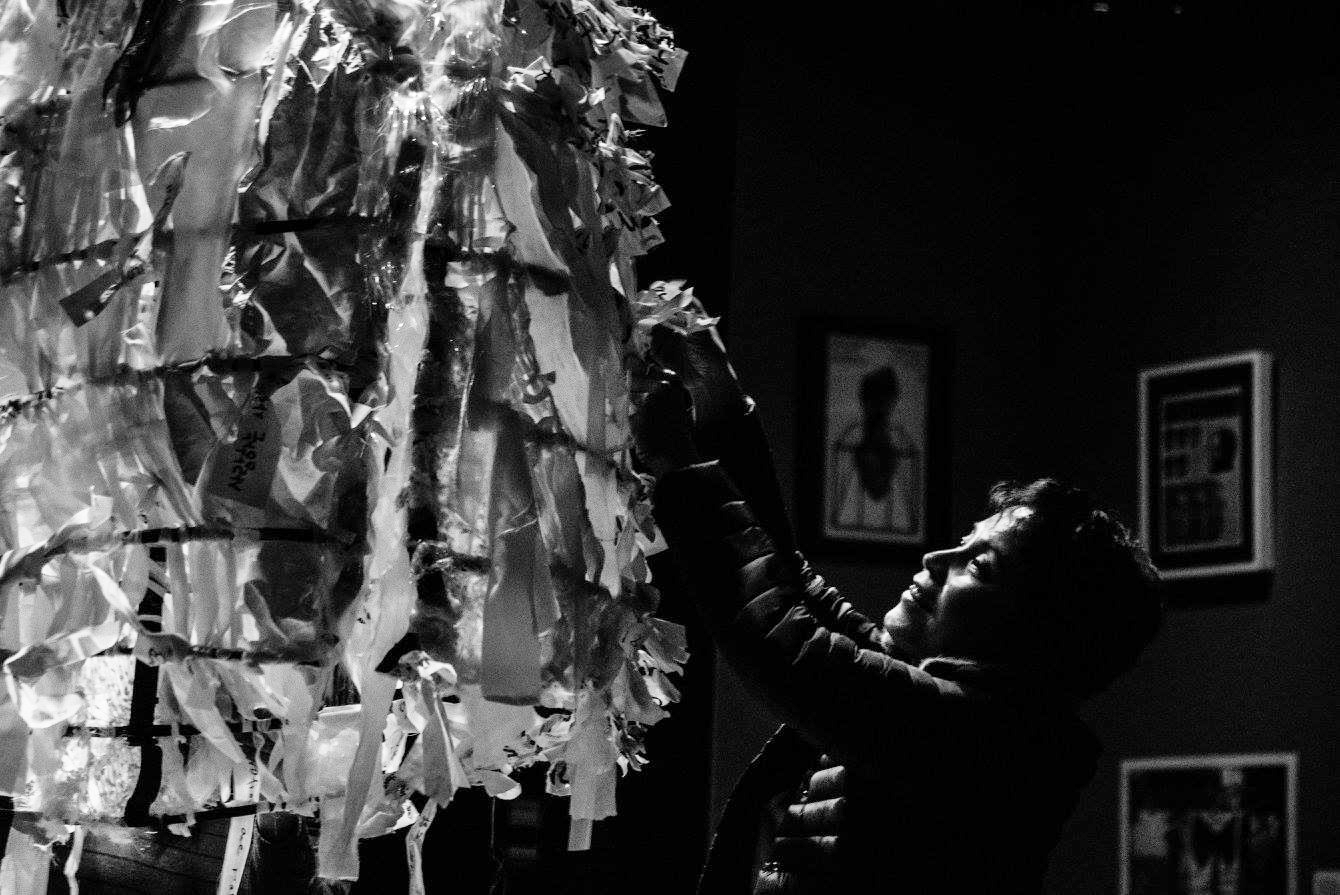 Dana has been collaborating with Puri Arts on ritual wear design and installations for more than two years. 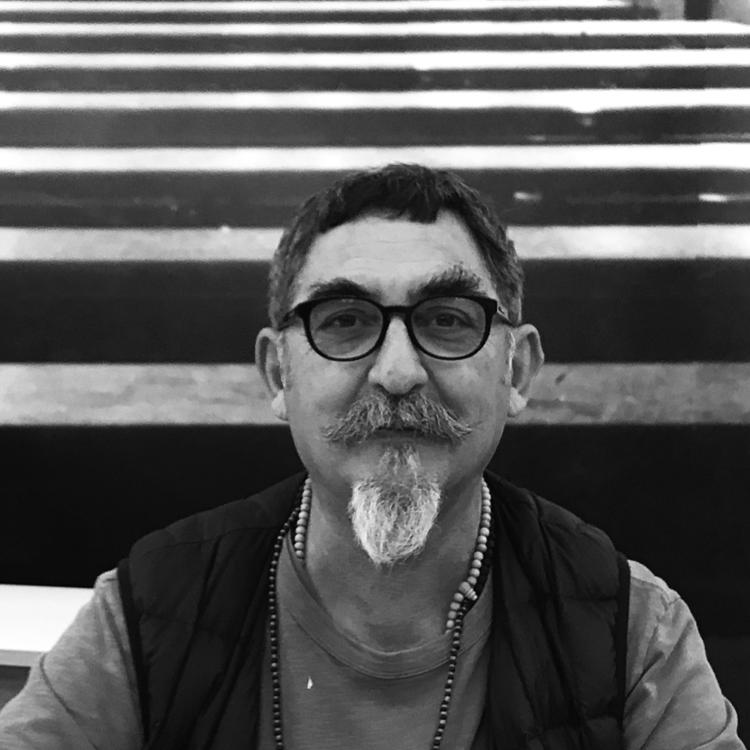 José María Francos
Lights & Stage Design
José María Francos, Theatrical Designer, made the Bay Area his home after being forced to leave his native Argentina for political reasons. He studied lighting and set design at Laney College in Oakland under David Hartenstein in the early ‘80s and has not stopped working since. He has designed for opera, ballet and theater: among them Oakland Opera, Oakland Ballet, The Wall Flower Order, Joseph Papp’s NYC/San Francisco Festival Latino, June Watanabe In Dance, Vanessa Redgrave’s Amnesty International Festival, Ellen Bromberg Ensemble, Joanna Haigood’s Zaccho Dance Theater, Robert Moses KIN, Dance Brigade, Dohee Lee Performance Projects, Amara Tabor-Smith, Edris Cooper-Anifowoshe, NAKA Dance Theater and The East Side Arts Alliance's Artist In Resistance showcases and residencies.  He worked for many years as Director of Production and Technical Director for Yerba Buena Center for the Arts in San Francisco, from which he happily retired in early 2017. Since then he has continued to work as a freelance theatrical designer.

Back in 2005, while working at YBCA, he had the opportunity to collaborate for the first time with Dohee Lee.  Her extraordinary artistic talent, humanity and deep commitment to global issues have been an inspiration to him ever since, and he hopes to continue to work on her projects as long as he can, providing the physical and emotional environments for Dohee's work. 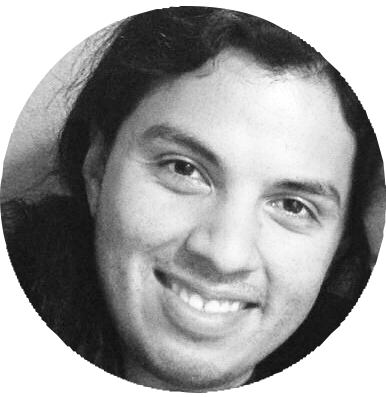 STEVen SANCHEZ
Multimedia, Documentarian
Stevie Sanchez, (multimedia, documentarian) is a Chicanx activist-filmmaker who is dedicated to supporting social justice movements and building stronger communities through cultural work. While working at the Echo Park Film Center in Los Angeles they led animation and documentary filmmaking workshops with local Raza youth. In Oakland, they have worked with a number of social justice organizations to produce videos that strategically benefitted their campaigns. Stevie currently works at Eastside Arts Alliance where they document events, manage a digital archive, produce video curriculum, and create politically conscious short films. In conjunction with NAKA Dance Theater's The Anastasio Project (2014-2015), Stevie shot and edited documentary videos about the community's experience with state brutality. They were also responsible for creating large-scale animation and video for the Anastasio Project and mentored aspiring filmmakers as part of the project.

Since 2012, Stevie collaborated on animations and other creative productions with performance artist Dohee Lee.